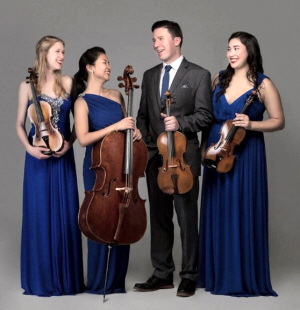 The Ulysses Quartet is one of the most exciting young ensembles in the chamber music world.  Founded in the summer of 2015, the group won the grand prize and gold medal in the senior string division of the 2016 Fischoff National Chamber Music Competition and first prize in the 2018 Schoenfeld International String Competition.  They were winners of the Vietnam International Music Competition in 2019, and in the fall of 2019, the Ulysses Quartet were named as Lisa Arnhold Fellows of the Juilliard School, an appointment that has been extended through May 2022.  The group’s name pays homage to Homer’s hero Odysseus and his 10-year voyage home.

Within months of its inception in 2005 the Escher Quartet came to the attention of key musical figures worldwide. Championed by the Emerson Quartet, the Escher was invited by both Pinchas Zukerman and Itzhak Perlman to be Quartet in Residence at each artist’s summer festival.  A former BBC New Generation Artist, the quartet has performed at the BBC Proms at Cadogan Hall and is a regular guest at Wigmore Hall. The ensemble is currently String Quartet in Residence at Southern Methodist University in Dallas, Texas. They also serve as Season Artists of the Chamber Music Society of Lincoln Center. The Quartet takes its name from the Dutch graphic artist M.C. Escher, inspired by Escher’s method of interplay among individual components working together to form a whole. Program 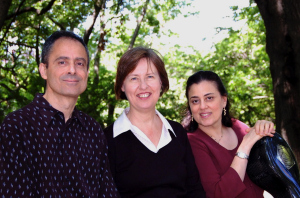 The Westchester Chamber Music Society is excited to welcome this amazing trio of artists to our exceptional space in Rye. Eugene Drucker, founder and member of the world-famous Emerson Quartet, formed this trio with his wife, the cellist Roberta Cooper, and the pianist Diane Walsh–and what a wonderful constellation!  Walsh, Drucker and Cooper first performed together at the Skaneateles Festival in the Finger Lakes region of New York in August 2001. Since that time, the Trio has been praised by critics and celebrated by chamber-music audiences as one of the world’s finest ensembles. 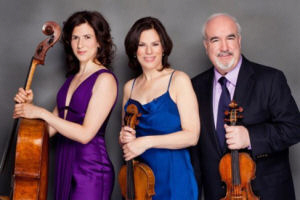 The Amerigo Trio is one of the most recent major string trios to emerge in the world of chamber music. The former New York Philharmonic Concertmaster Glenn Dicterow formed the Amerigo with the violist Karen Dreyfus and the cellist Inbal Segev after their successful collaboration at the Bowdoin International Chamber Music Festival. In the short time since the group’s founding in the summer of 2009, they have been invited to play at some of the most prestigious concert series in the United States. The Amerigo Trio is named after Amerigo Vespucci, the Italian explorer. The trio is committed to the exploration of the riches of the string-trio repertoire, both new and old. Program